Special Construction: A Solid Way to Save Your Tech Dollars and Build a Future Proof Network for Your School

After 20 years, on June 27, 2020, the Federal Communications Commission (FCC or Commission) Permanently Eliminated the E-rate Amortization Requirement thereby easing burden on schools and advancing high speed broadband fiber buildout and infrastructure deployment to our nations’ schools and libraries through promoting one-time, upfront payments. In the Amortization Order, the Commission eliminated an outdated amortization rule making way for greater competition and innovation in high speed network infrastructure still so critically needed by many of our nation’s schools.

In the early years of the E-rate Program, the Universal Service Administrative Company (USAC) did not allow for one-time upfront payments[i] for special construction charges for broadband networks.  Until 2014, the policy required any non-recurring payment that exceeded $500K to be amortized over a minimum period of at least three years.  In the FCC’s 2014 Second E-rate Modernization Order, the Commission expanded eligible services to include large scale special construction costs, dark fiber, and self-provisioned networks to support high speed broadband connectivity to our nation’s schools and libraries.  Since 2014, the FCC has suspended the E-rate amortization requirement.  In 2020, the FCC now eliminates it.

There are a number of benefits that support the elimination of the outdated amortization requirement, such as, inter alia, (1) opening opportunities for smaller schools districts and consortia, (2) promoting federal and state collaboration through state matches, (3) decreasing administrative costs, (4) creating greater transparency in pricing, (5) promoting greater competition between the small and medium tiered-regional and national providers and the larger incumbent providers, and (6) providing other alternatives to leased managed services.

The FCC recognized that the elimination of the amortization requirement would lead to greater reimbursement certainty for schools and libraries, because their networks would be paid upfront in the first year,[ii] thereby allowing for much lower recurring costs in subsequent years.  The Commission believes that this action will also allow for “more competition for special construction projects and more choices for applicants.”[iii]

Several examples of significant cost savings were highlighted in the Order noting that schools were saving money, while increasing the reliability and quality of their services.

The Velocity Fiber team applauds the Commission’s decision to breakthrough network infrastructure barriers that have been impeding competition and buildout to our rural and smaller to medium-sized schools.  This decision further opens the door for schools to access state of the art high speed networks at a fraction of the cost overtime to ensure that our students have the bandwidth they need to compete in today’s global world.  For more detailed information on E-rate and Special Construction, download our Special Construction whitepaper.

[ii] The FCC rules continue to allow E-rate applicants to seek installment payments for their non-discounted share of the non-recurring/special construction charges over a four (4) year period. 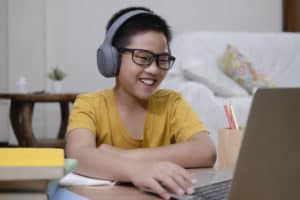 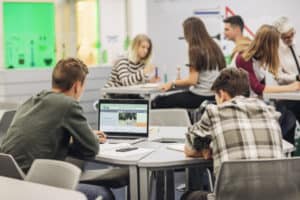 Self-provisioned network construction cost sharing requirements between school districts and libraries, municipalities and other E-rate ineligible third-parties clarified by the FCC in